My, how times have changed! Isn’t it funny to think about the things that have changed and have become a normal part of our life? In the early ’80’s, lots of great things like baby swings, carriers, Pack N Plays (in the later part of the decade) and disposable diapers all existed, and the cartoons were pretty awesome back then too. But now, there are so many things we never knew we “needed” (admittedly, I also feel that way every time I’m on Amazon or Etsy). Parenting in 2017 sure is different!

Think of the things we have now…

If you’re like me, it’s hard to imagine what it would be like raising a baby without some of these things. The Bumbo was one of my favorites. Some of my favorite pictures of my daughter are of her sitting in her Bumbo, happily smiling for the camera. How fun that there’s a product specifically aimed at helping young babies sit up. It’s so simple, yet so fabulous. 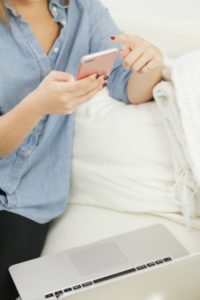 Beyond some of the actual baby-specific products that have made life easier for parents, there are tons of ways that technological advances alone have changed the game. Tablets, cell phones, streaming videos, social media, the list goes on and on. I remember when my mom first told me about how instant messaging (or IM’ing) would work. She said that my friend and I would be able to type words into the computer, and that we’d be able to “talk” to each other  from separate houses. To say that our minds were blown is an understatement. Now, no one even talks about IM’ing, except for maybe for inter-office communication.

If you have kids now, they will have no idea what a VHS player is, what it’s like to have a phone with a cord that’s attached to the wall, have to watch a TV show at a set time, rely on the local news to know what’s going on in the world, or have to actually listen to voicemails in the order that they were received. I’m a little sad that my daughter likely won’t know the joy of going to the mall with friends on the weekend, or the anticipation of waiting for the phone to ring when she meets someone special. Maybe I’m wrong, but the thrill of getting a new text doesn’t seem to be as exciting as the phone ringing and then actually hearing that person’s voice.

There are also so many words and terms that didn’t exist when we were little that are common for kids now. “Googling,” “unfriend,” “bromance,” “binge watch,” “frappuccino,” etc. I’m not even sure how I learned about anything (or purchased anything, or scared myself to death) before “Googling” was a thing. My daughter will never know a world without Google. She’ll also know about a lot of other things that I never would have dreamt about when I was little. Over the 4th of July weekend while watching fireworks, a neighbor was flying a camera on a drone to look at the fireworks. My friend and I said something about the drone, and my 1 1/2 year old daughter said “drone,” like it was nothing. I thought, wow, she really lives in a different world than I did growing up!

It’s impossible to know all of the ways that life will change as she grows up, but it it’s exciting to try to imagine what things will be like and try to imagine how to navigate the challenges of the future. If Back to the Future has taught us one thing, it’s certainly that the future doesn’t always look like we think it might! In some ways, we’re so far ahead of how life was in the movie, but in other ways, we’re not even close. One thing’s for sure, life will continue to evolve, and we just have to try to keep up! I’m sure my daughter will be able to write this same type of article in thirty years, talking about how how she can’t imagine life without all the new cool products/ideas/norms/whatever else is new! 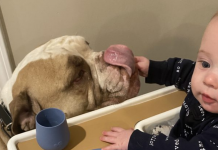 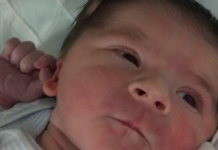 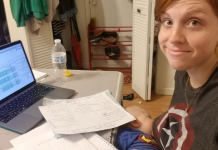