I saved the third part of the Calm Confidence series to focus on school. School is one of the hardest, yet most important, places for your kids to use their calm confidence skills!

Hopefully, by now they have been practicing them at home for several months so that they can go back to school – either in person or virtually – and exude their calm confidence with both teachers and peers! 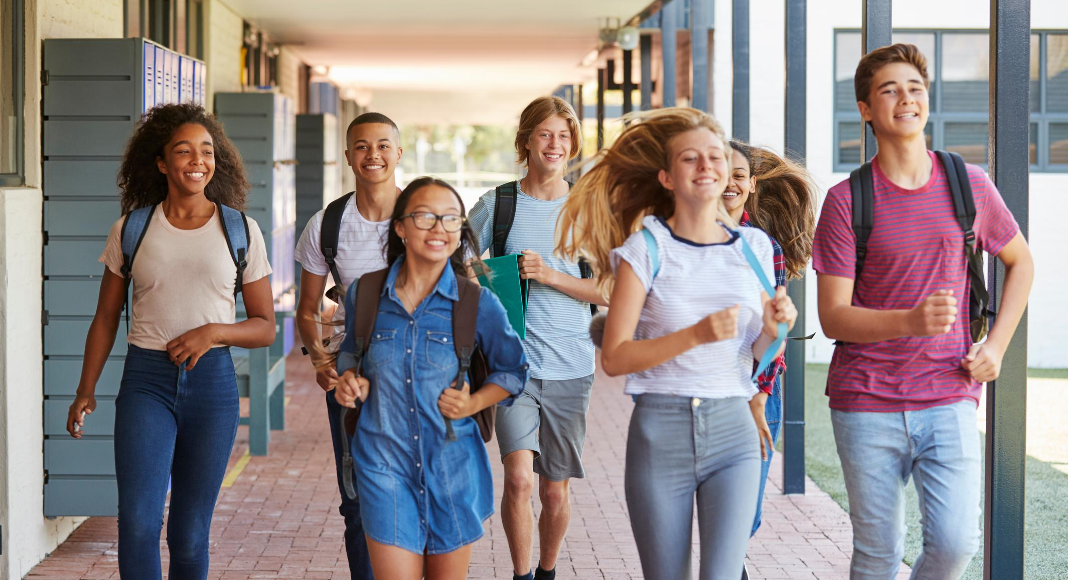 A recent example of this was when an assistant band director was asked to take over several of the marching band rehearsals. Both of my teens were very unhappy with how this director was leading the kids – with criticism and condemnation.  My son, who is the older of the two, is a student leader in the band.  I asked him if the other student leaders felt the same way. When he replied that most of them did, I encouraged him to gather the other student leaders to go speak with the head band director.

But, we also talked about how to approach the head band director. We talked about how a calm and confident tone-of-voice would be much more convincing than if the students were all talking at once with raised voices. We also rehearsed things to say and how to say them.

We’ve done similar things with our kids for years. As a university professor, I occasionally would have a parent of a student come to me to argue about their child’s grade in my class. To me, that was very strange and I had to tell them that because their child was over the age of 18 I was not legally allowed to speak with the parent. I resolved that my kids would not have me fighting their battles for them when they were adults, so I better teach them early on how to speak for themselves!

What about the bullies and mean kids?

Because I was bullied as a child it has been one of my primary parenting goals to protect my kids from being hurt by bullies. I do this in two ways. One, I make sure that they know that home is always a safe haven for them. I don’t want them to go from a challenging situation at school to a stressful situation at home.

Second, I teach them how calm confidence and walking away, is an effective method for diffusing a bullying situation. From an early age, I taught them to look at a mean kid as if they are puzzled, and to say something like, “I don’t know why you’re doing/saying that.” And then, to walk away. Or, to just give the puzzled look, shrug their shoulders, and walk away.

By exhibiting that they will not be hurt or angered, they are not giving the bully what he or she wants. By acting like the mean comment doesn’t hurt them, they are not feeding the fire of the bully’s reaction-baiting.

When to take further action

There have been some instances over the years when further action was needed either on my kids’ parts or on our part as parents.

For example, when my daughter was in the sixth grade a group of boys were hurling sexual insults at her and some of her friends at the lunch table. As a person who was the recipient of both school and workplace sexual harassment, it was important for me to empower the girls to take further action and involve adults. At my prompting, my daughter and her friends went to talk to the guidance counselor and one of the assistant principals about the things that were being said. I truly believe that because the girls were calm and confident the administration took them seriously and the sexual insults stopped.

The other times I believe it is important to intervene is if any sort of physical interaction is taking place. For example, when my son was in the fifth grade, one of the girls in his class was hitting him in the head with her lunch pail and stabbing him in the hand with her pencil. We intervened with both the teacher and the school administration. We would do this at the high school level as well if my son were not able to stop the physicality himself.

A note on when to seek the help of a professional

Calm confidence is a skill that is learned both through modeling the behavior and through teaching and coaching your kids. However, it is not a substitute for professional intervention when needed. Some kids may need the help of a trained professional. Here are some scenarios of when to seek professional help:

Please do not ever hesitate to seek the help of a professional when it comes to your teen’s emotional or physical health.