I asked my nine-year-old how long he thought was adequate for screen time. Without missing a beat he answered, “Four hours.” I asked my twelve-year-old what he thought, but he was on his phone with his headphones on and didn’t hear me. I looked at my husband, and he was looking at his screen, two in fact…he was playing Solitaire on his phone and watching one of his shows about cars or antiques or gold-mining or moon-shining on his iPad. All these things took place as I had my phone in my hand, Instagram opened! 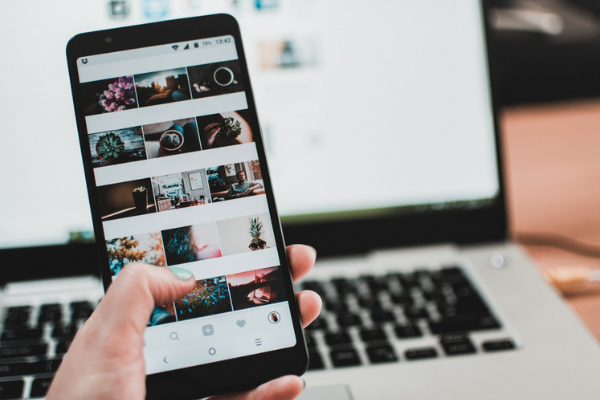 I would say we are pretty into screens. I know that the American Academy of Pediatrics recommends that kids ages 8 to 18 have a maximum of two hours of screen time.

I have to be honest with you, when I have access to too much information, it becomes, for lack of a better term, crazy-making. I feel like my family is good and whole until I read a recommendation and I find out that I’m not measuring up.

Not to negate what experts say, but I read, digest the information, pray, and then make my decisions. I love my kids more than anything and treasure my position as their mother and take it very seriously. A family is all I ever wanted and when I look at my three people, with their eyes fixed on the screens, I feel like my heart could explode because I am so thankful for them.

Several years ago, I was an assistant at a preschool and my phone was on a shelf, where I thought it was out of reach of the littles. Before I knew it, a small girl had retrieved my phone and begun fooling around with it. I got it back from her and we went on about the day.

At pickup, I told the mom that her child had figured out my phone in two seconds. I thought it was amazing that this little sweetie was seemingly “hard-wired” to know how to use the phone and I was still struggling to figure it out!

I was a little taken aback by her response which was an email to the school’s director that her child was, under no circumstances, to have access to a phone. Those were simply her desires and kudos to her for doing it her way and saying her piece.

Granted, the child was two years old and I get it – no one wants their kid in a corner, neglected and using the phone for entertainment. But it stung for a minute because I took my job seriously and the children’s care was important to me, just as it is to us all.

When I told my husband what happened he said something wise like, “Good luck with that. It’s not realistic in the world we live in.” I’m not techno-savvy, so I don’t have a great love of electronics, but the facts are that screens are everywhere – grocery store checkouts, banks, Costco, fast food places, APPLIANCES!

Last summer, I vowed that we would be more structured and that reading, Bible Study, chores, and service work would take priority and screens would be used if there was enough time to fit them in.

That lasted for the first half of the first day of summer vacation.

For a few reasons, but mainly because I want to be online too and I’m not willing to put the hammer down on them when I’m the ringleader of looking at the screens!

Another is because summer is our opportunity to relax with a looser schedule. During the school year, we are so jam-packed with school and sports that it’s nice to just chill and enjoy each other. Sometimes that enjoyment might be sitting on the couches, snuggled up with the three other humans in my house with electronics.

I understand as a parent we have to set limits, but as my kids get older, I have to navigate between dictatorship and letting them feel the effects of their choices. Like if the oldest one would rather sit home than go to the beach, I allow him that. And eventually, he gets bored and sometimes regrets not coming, but most often puts up his phone and gets on his bike and finds some friends to hang with and go fishing.

The little one is more of a home-body so I have to be a little stricter on him and just tell him to shut it down for a bit. He usually shoots me a look, but picks up a book or starts messing with his Legos.

Some days there’s not an opportunity to be on screens because we are too busy, with friends or family or just doing other things. For us moderation is key. I loosely monitor their time and adjust as needed, inserting forced family fun when we’ve been cooped up too long.

If you are having a particularly hard day, or not feeling well or just can’t Mom for a hot minute, don’t beat yourself up if you let them indulge from time to time. Do what works for you and keep up the good fight!

How do you handle screen time in your house? 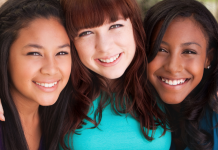 Summering with Tweens: 3 Tips for Survival 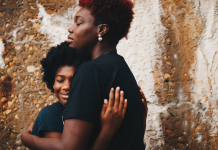 Parenting Teens: When “Calm Confidence” Does Not Immediately Change Things

Parenting Teens: Why “Calm Confidence” is Important for Both Parent and Teen