Homegrown at the Point

An event every week that begins at 5:00 pm on Friday, repeating until September 9, 2022 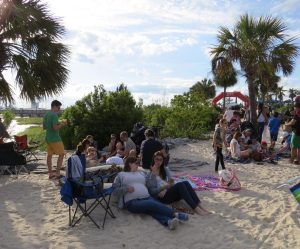 A popular waterfront concert series has announced its summer schedule will be extended through September.

Party at the Point at the Charleston Harbor Resort and Marina, 20 Patriots Point Road, will continue for six more shows.

The happy hour pop-up concert series will feature all local bands during August and September, which is why it’s being dubbed “Homegrown At the Point.”

The family-friendly shows each cost $10 and take place Friday nights from 5-9 p.m.

Tickets can be purchased in advance at partyatthepointcharleston.com. Kids 12 and under get in free.