Are you teaching your child to be part of “the clean plate club”?

Are you still part of the “clean plate club”?

What in the world is the “clean plate club”?

The “clean plate club” was the beginning of a campaign in 1917 launched by the United States Congress; Herbert Hoover was the head of this campaign, and his goal was to ration the limited food that Americans had during World War I. The pledge that children learned was: “At table I’ll not leave a scrap of food upon my plate. And I’ll not eat between meals, but for supper time I’ll wait.” His goal was for people to eat less, use less essential ingredients, and to finish their entire meal. By doing this, young children developed the habit of eating everything given to them, thus “cleaning their plate.”

This way of rationing food was a necessity throughout both World Wars and the Great Depression. I am sure many of us have been told at one point or another by our grandmothers or mothers to “clean our plate.” My mom used to tell me that there were starving children in Europe, and that is why I should clean my plate; I always suggested that we ship my leftovers to Europe, but she never went for that idea….

And then the opposite trend began to occur in America: the “all-you-can-eat buffet.” All-you-can-eat buffets formed in the 1940s in Las Vegas where Americans could gorge on a smorgasbord of cold cuts, cheese, and bread and these eventually turned into the massive buffets all over the country that include everything from lobster tails to chocolate fountains. In any major city in America, you can find restaurants like Sizzler, Hometown Buffet, Golden Corral, and numerous others modeled after the all-you-can-eat concept. 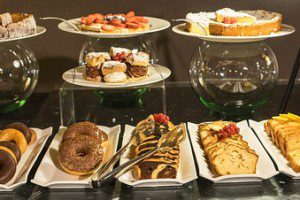 No wonder there is so much confusion for parents on whether or not they should let their child join the “clean plate club.” In a 100-year time span, our country has gone from families rationing a loaf of bread between them for a month, to gorging themselves on chicken wings, potato salad, noodles, garlic bread, and donuts and finishing it all off with as many helpings of frozen yogurt as humanly possible!

Is this a contributor to America’s increasing obesity epidemic? Yes!

Research has shown that teaching children to clean their plates can lead to eating disorders, obesity, diabetes, and eventually heart disease. Teaching children to continue eating until their plates are empty is completely opposite of the instincts that we are born with. Think of babies: they eat until they are full, they burp when they are done, and they cry when they are hungry again. It is our raw human instinct to only eat as much as our body needs for fuel, yet we have retrained our brains over time to eat until the plate is clean. We stopped listening to our body’s natural signs like sighing, hiccuping, or burping to tell us our stomachs are full.

There are many studies that have found that young adults who listen to the internal signs of hunger and fullness to guide their eating habits have a lower body mass index than those who use external cues of an empty plate; the adults that listened to their instincts also have lowered instances of eating disorders.

So where is that happy medium?

Each household is different, and each child has their own taste-buds. Sometimes there is that necessary lesson of “eat your veggies” before your meal is over, and that is completely understandable; we all need our greens! Get creative with those veggies – turn that cauliflower into rice, make green”monster” smoothies, or put some veggies in that meatloaf.

It is averaged that kids do not eat 40% of the food that they are given. That feels like a lot of waste! Make sure everyone’s portions at your table are smaller; this way your kids can go back for seconds if they are still hungry. If you have lots of leftovers, then use them for breakfast and lunches the next day. Turn that chicken into chicken salad or the pork into a pork and egg scramble.

Still wanting to teach your kids a powerful lesson about gratitude and compassion to other kids that are starving? Volunteer with your children at a food bank, make lunches for homeless, teach them to donate money to organizations that provide food for those in need. These lessons will be far greater than telling them about the starving kids on the other side of the world in order to get them to finish the last bites of their chicken and broccoli!

Were you a part of the “clean plate club”?  How has that affected the eating habits you teach your kids? Let us know what you think in the comments below! 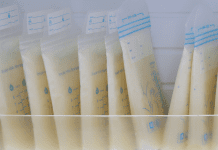 Breast Milk Donations in the Lowcountry 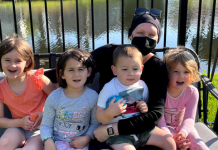 I’m Glad I Got Cancer 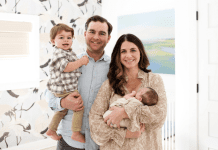 Moms to See in the 843: Jenny Waterhouse – Prioritizing Moms’ Self-Care

Charleston Moms - December 5, 2022 1
There are lots of great events for kids happening around Charleston this weekend! What's going on your calendar? *Please note – While we make every...

Things to Do in Charleston (December 2022)