Without a doubt, my son’s nursery is the most peaceful room in our home, which is a modest two-bedroom apartment. It’s not just where my 18-month-old sleeps, and often my dog, and sometimes even me, but it is also our safe space; our retreat from the world; our sanctuary.

The nursery was first started by my husband as a Valentine’s Day gift in early February 2020. At the time, I was almost seven months pregnant with my first, and life was good. There were only a few rumblings of a contagious virus but it seemed so far removed to be a nuisance, at least in Charleston, or perhaps just in that one fleeting moment of time.

It’s hard to remember life pre-pandemic, but I do remember early February 2020. My husband and I were very full of hope for the future and extremely excited for the arrival of our little one. I can remember the day he went in to build what was to become the nursery. Perhaps he had forgotten an actual Valentine’s Day present that year and was trying to think on his toes, or perhaps it was all part of a master plan, but I acknowledge that it was a noble “act of service” at that time.

Hours went by, or so it seemed, as my husband worked in the room with the door closed, assembling the crib, installing the mobile, and tediously hanging picture frames. Every time I tried to check in on him, he would tell me to go away and that it was a surprise!

When he finally emerged, hours later and drenched in sweat, I was allowed to look inside of the newly completed nursery. It was simple, whimsical, and elephant-themed, with grey, yellow, and white chevron accents, just the way I had wanted it.

With the arrival of our son in April 2020, I was eager to put his nursery to good use. Over time, I added a few missing pieces: an elephant and chevron themed clock, a playful children’s bookcase, a pillow that I had brought from my travels to Thailand, and of course, the fluffiest, comfiest dog bed I could find for my furbaby (my firstborn). 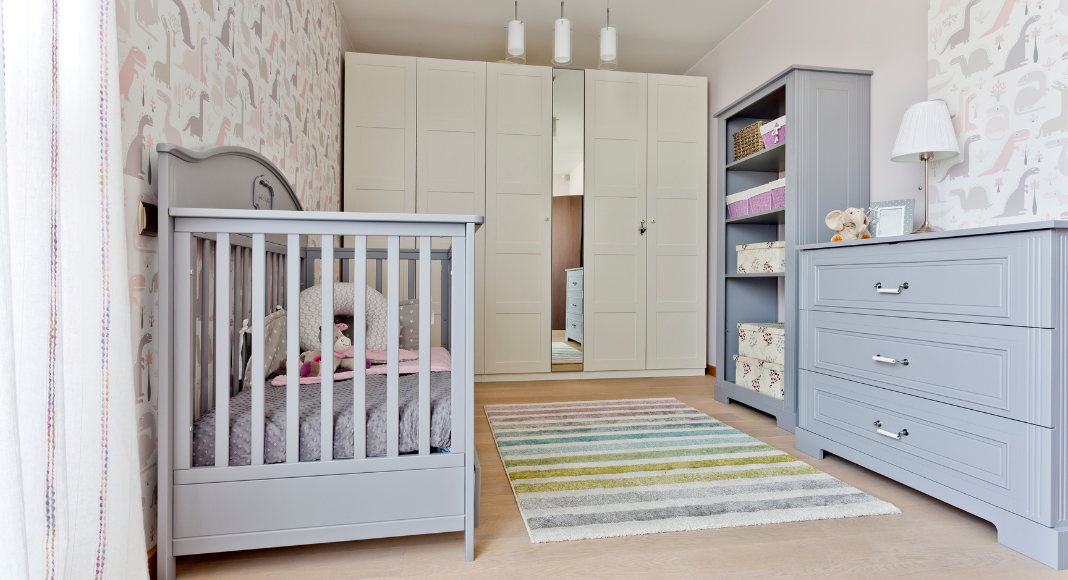 It was the best part of our home and perfect in every way. Not the prettiest, most Instagram worthy of nurseries, but it was a valiant attempt using what limited resources we had. My son, dog, and I would spend a majority of our days in the nursery, especially during those first few critical months, which just happened to be during the lockdown. Not only was I in total shock of becoming a new mom during a pandemic, but I was also dealing with recovery from an emergency c-section that I never imagined would happen as I was planning for an all-natural birth.

So, in the nursery, I’d either be nursing my son back to sleep, changing his dirty diapers, dressing him after a bubble bath, or resting my tired and torn-up body. For those who have endured a c-section, you know what I mean. Even weeks after surgery, it felt like my core was being shredded through a cheese grater every time I contracted my muscles, and with almost every move I made. We had put my old pull-out couch from my days in New York City in the nursery to double as a nursing station but also as a day bed. While nursing on the couch, I would use my husband’s old blue bolster as a back pillow to support my lower back and then would use it to lean against in order to stand. Those were tough days, as I was full-time caregiving our newborn and still recovering.

Everything seemed to flow together nicely in the nursery. When my son would nap, I would recline on the couch, desperately trying to catch up on much-needed sleep, allowing time for my stitches to heal. Having never had major surgery before, I realized that what my body needed was rest, and lots of it.

The glow of our Hatch night light and the hum of our humidifier were mesmerizing and created a very tranquil state. Even my dog would take his naps in the nursery, just because it was a great place to relax. He still goes in there to nap even when the rest of us aren’t home.

I, too, often found myself sleeping in the nursery on that old couch from NYC. To this day, it remains our safe space and our sanctuary of peace. And as my son evolves, so does his nursery. Just by being in this shared sacred space, we know that we are in the right place at the right time and that life is good indeed. 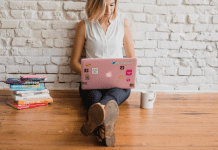 Going Back To School as a Mom 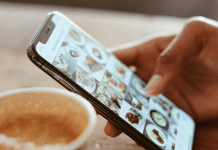 No Social Media – I Dare You! 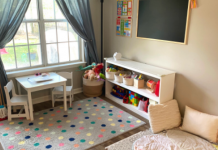