“If it starts raining, we’re leaving.”

That was my husband’s declaration as we arrived at the outdoor amphitheater in Atlanta. It had taken more than five hours to drive there from our home in Beaufort, SC, and while we were stuck in traffic, our 17-month-old son got sick in the car.

But after that he seemed fine, so we cleaned him up and took him to the concert that we had already traveled so far to see.

So there we were in the lawn seats among throngs of happy-go-lucky fans — an over-tired toddler dressed in his best little hipster gear, myself more than six months pregnant trying to corral him, and my usually patient husband feeling overwhelmed and declaring his rain ultimatum. (Needless to say, it started raining halfway through the show, and we left.)

Despite the whole ordeal, I still remember my little son dancing to my favorite band, and am proud that for his first concert he saw Old Crow Medicine Show open for The Avett Brothers.

It may be hard for some parents to relate to going to such extremes just to see a band, but I take going to see concerts seriously, and the experience is an integral part of our music-loving family.

My son is seven and he’s already seen The Avett Brothers four times — twice in Atlanta, once in Charleston, and once in Colorado during our family vacation last summer. Our family of four got to see them perform at Red Rocks Amphitheatre, and it was a bucket list moment for me — David Crosby was the opening act, we saw a double rainbow, a spectacular sunset, and a full moon glowed red above the stage as The Avett

Brothers poured their heart into their songs. It was epic and electric and the epitome of the live music experience.

And The Band Played On

When I was a teenager, my parents thought going to concerts would be a passing phase. I didn’t go to my first concert until I was fourteen, but it was worth the wait because I saw Sting open for The Grateful Dead at Giants Stadium, where I had floor seats and backstage passes (since my friend’s dad was best friends with the manager of The Dead). Maybe because that experience was so magical, that’s what got me hooked, but I spent all of high school, and college, for that matter, going to concerts.

Music was, and is, a huge part of my relationship with my husband. Our first kiss was after going to see My Morning Jacket at The Plex — a small venue in North Charleston that has since shuttered but hosted many amazing bands in its day. My husband worked at a radio station in college and has a sizable collection of vinyl that we still listen to. We’ve seen countless concerts in our ten years together, and it’s important for us to pass down the love of music to our children.

Going To The Show

Of course, bringing kids to a concert comes with its own set of challenges, but here are some tips that might help foster a more enjoyable listening environment.

1. Know your venue: The Charleston Music Hall and the Music Farm are among my favorite places to see live music — but they are not great for kids. Outdoor venues are ideal, with plenty of room for kids to dance and play. Some good local spots include Wednesday night Barn Jam at Awendaw Green; the patio area at The Pour House on James Island; Party at the Point concert series at Charleston Harbor Resort and Marina near Patriot’s Point; and Party in the Park free summer concerts at Memorial Waterfront Park in Mount Pleasant.

2. Get the right gear: Having a stroller is clutch for kids four and under, but be sure to check with the venue ahead of time to see if they are allowed. Also, at a loud concert, protect your child’s hearing with a pair of earmuffs, such as Banz Child Earmuffs, which are super padded and adjustable.

3. Listen to the music: When you’re in the car, make your kids listen to the music of the band you’re going to see. Tell them your favorite songs, sing along, explain the lyrics, and have them guess which instruments are being used. Also, embrace YouTube and show them videos of the band performing live.

4. Don’t Be That Guy: It’s an unspoken rule you should never wear the T-shirt of the band that you are going to see. Fortunately, that rule doesn’t apply to little ones, and if anything, it’s adorable to see kids decked out in funky band tees.

5. Find family friendly festivals: While Bonnaroo may boast a stellar lineup of every band you ever wanted to see, it’s not exactly a kid-friendly environment. Leaf Festival in Asheville, N.C.; and Papa Joe’s Banjobque in Augusta, Ga., are two weekend-long events that boast family-friendly camping and concerts.

This month will be the first time taking our kids to Merlefest — a bluegrass festival in Wilkesboro, N.C. — for a weekend of live music and two nights of camping. Hopefully, it won’t rain and no one will barf! Instead, we’ll be dancing, singing, and spending time together — these are what make concerts memorable, and that’s totally my jam. 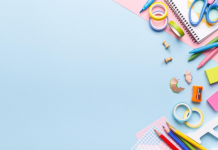 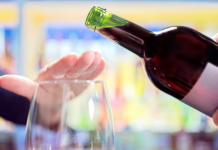 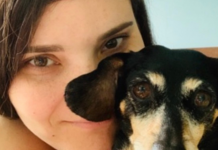