Facebook
Twitter
Pinterest
ReddIt
Email
This is a sponsored guide, presented by our valued local partners. While we love sharing these resources with our readers, we have not personally vetted each individual business represented here and encourage our readers to do their own research to find the best fit for their family.

With summer break just on the horizon, many parents are thinking about how to fill those slow, summer days with fun activities for the kiddos. While summer is a fun time for ice cream, beach days, and playground fun, it can also be a time when parents struggle to fill that time with entertainment, as well as childcare. Fortunately, Charleston is chock full of awesome summer camps for children of all ages. We hope this guide provides you with help and insight into the best camps for your children so you can focus on having a fun, and stress-free, summer!

A special thanks goes out to all of the sponsors who helped make this guide possible. If you would like your camp included in this guide, let’s chat!

Class descriptions, times, and dates are listed online at www.charlestonstage.com/education.

Join us for the BEST Summer Adventures of 2020!

Find a Summer Adventure that Your Child will Love and Never Forget!

Immerse your child in fascinating new worlds. Each day brings a new experience!

Launch a Rocket, Erupt a Volcano, Create Magic Potions, Make Delicious Recipes and Slime, and so much more!!

All camps are taught by certified teachers.

Summer at FAME is packed full with one and two week-long fully interactive performance arts camps that will engage and immerse campers in imagination and creation. 100% screen free!

Each one week camp will offer the opportunity for students 3+ to participate in performance-driven activities that will build non-judgmental creative confidence, teamwork, as well as improve self-confidence and problem solving skills. We are in our 9th year of our well known 2 week page- to-stage full productions. These high energy shows are appropriate for students 8+, beginners are welcome!

Our Summer camps are full of fun, movement, games, and character development. Each session is a little different but all are FUN!

We have professional instructors each day to ensure that your children, ages 3 – 12, are cared for in a fun and safe environment. Campers will need to bring a bag lunch from home to eat every day. Camps run from 7:30 a.m. to 3 p.m. We have an extended option till 6 p.m. for $25/week.

Located in Mountain Rest, SC, Camp Chatuga is a traditional summer camp for boys and girls. Owned and operated by the same family since 1956, Chatuga fosters lifelong memories and friendships in a wholesome, family-oriented community.

Session options range from three days to four weeks. Campers choose from over 30 incredible activities including horseback riding, water-skiing, BMX bikes, arts/crafts, outdoor living skills, archery, animal care and sports. Depending on the camper’s number of years at Chatuga and session choice, exciting day trips are offered which include rafting Section 3 of the Chattooga River, taking a canopy zipline tour, visiting a water park or showing one’s speed and skills at an all-camp rollerskating party. 4:1 camper-counselor ratio for safety and personal attention.

Under the guidance of mature and caring staff, each camper thrives in our technology free, rustic environment; a perfect atmosphere for fun and personal growth through relationships and nature. Come to Chatuga to make new friends, gain independence and self confidence, make lifelong memories and experience your best summer ever!

Spark your child’s inner creativity and imagination with Art Buzz Kids Camps! Keep the kiddos busy this summer with days full of fun art activities related to that week’s theme. We offer half and full day camps for ages 4 – 12, as well as teen options. Drop-in options are available for 1 day and mini camps through multiple week options.

2020 Camp Themes: Design Your Dreamhouse or Dollhouse, The Art of Science, Wizarding Academy, Night At the Museum, Out of this World, Love Where You Live, Under the Sea, Super Duper You, Out of this World, Down On The Farm, Happily Ever After and Celebrate Our World

Let your camper create memories and masterpieces while we inspire them to have fun, get creative, and feel proud of their work! Camps available in our West Ashley, Mt. Pleasant and Summerville studios.

We have 8 weeks of Summer Sky Camp planned and each day will be filled with action-packed activities! Leave your iPad at home! There will be games, GLOW, Sky Wars, weekly field trips, arts and crafts, STEM projects and lots of jump time. Snacks & lunch included. Sky Zone Charleston offers the flexibility of full, half, and single day sign-up options.

Bach to Rock Music Camp is THE place for your child to grow as a musician this summer! Leave the video games behind. This can be the year your child explores their musical side and expands their talent. We have something for all ages! Taught by real musicians, our program is designed for students of all levels. From beginners to seasoned musicians, campers using our unique B2R method will be performing full songs in no time!

Splash into summer with Skip and Sully toddler and preschool camps! Every day your little ones will be treated to playtime in our Montessori style indoor playground, a craft project and activities all centered around the theme of the week!

Early bird pricing gives $20 off each session – so make sure to book quickly at our registration party on March 25th from 4-8pm!

We want to show our readers all the great camps available right here in the Charleston area. Partnering with us allows your business greater visibility with a large targeted market of local families. Join us and help enrich the lives of Charleston Moms! 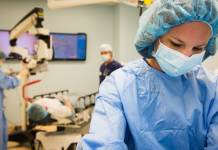 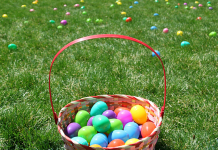 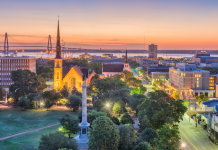 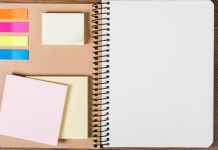 A Resource Guide for COVID-19 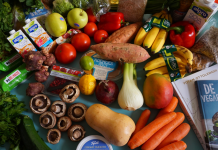