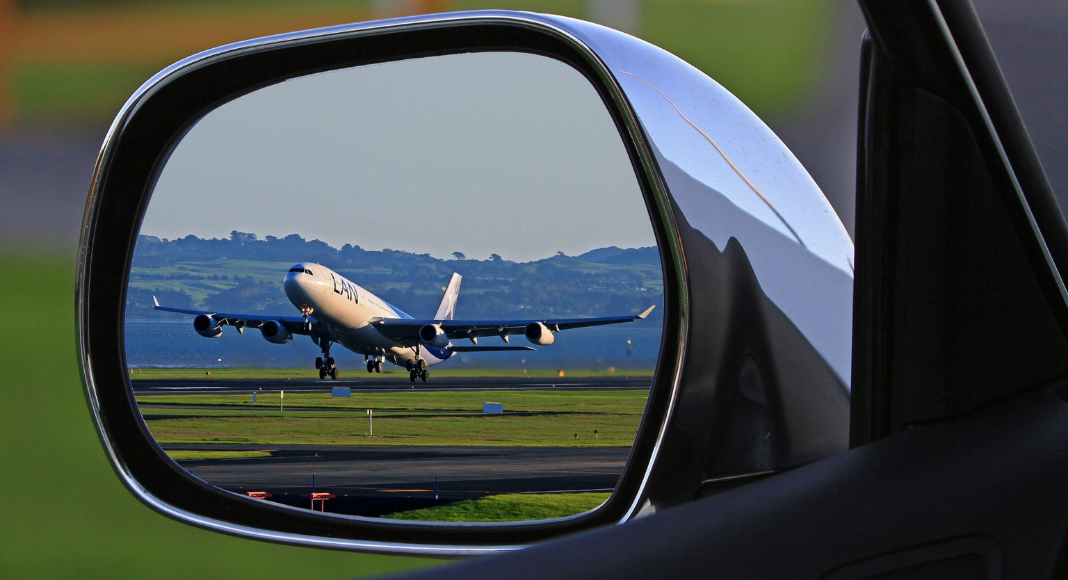 Y’all, I had such a “proud wife moment” last week.

This moment occurred while driving my husband to the airport for his guys’ weekend in Orlando. He and his friend had big tentative plans to maybe visit Universal Studios, maybe visit a Disney park, or maybe rent jet skis in Tampa. He was looking forward to a weekend without plans, as he revels in spontaneity. The only plan he had made was the purchase of his airline ticket a few days in advance.

On the day of his flight, we left at 11:45 a.m. I was silently losing my mind in those 45 minutes between when we said we’d leave and when we actually left. I was pacing the halls, wringing my hands, envisioning an inevitable back-up on the Don Holt Bridge, and searching for later flights to Orlando for when he’d inevitably miss his. There was no way he’d make his scheduled flight. 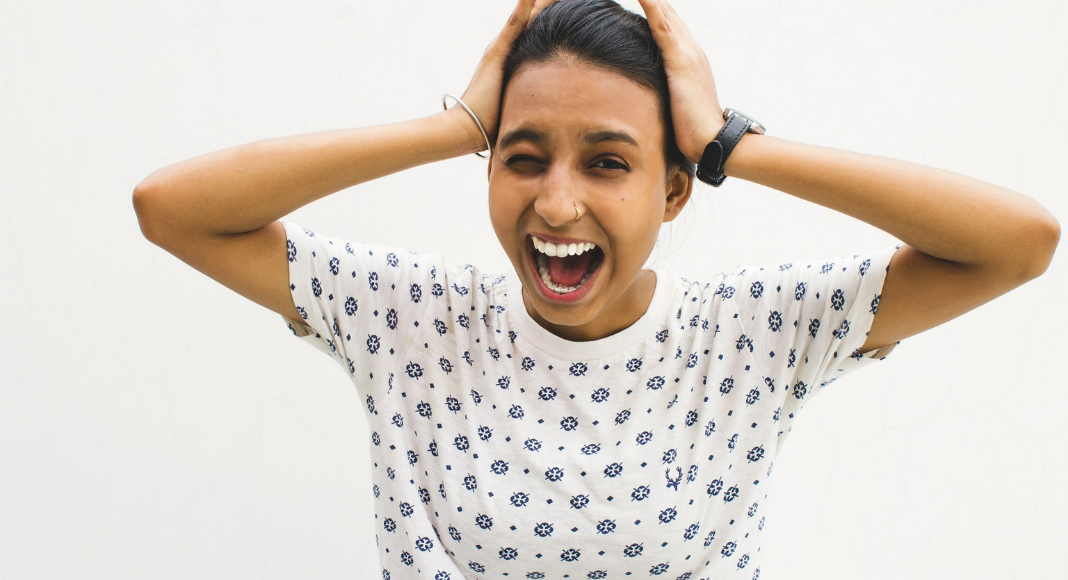 Why did we leave 45 minutes late, you ask? Well, he had to finish up a work call. He had to pack his luggage. He had to shave his face. He had to take a shower. Why didn’t he start all of these things earlier in the morning, knowing full well that 11:00 a.m. was the absolute latest cut-off time to successfully catch his flight?

The answer: He’s Type B. And he’s cool with it.

Obviously, I am less cool with it. I am a Type A person, through and through. I like schedules, organization, timeliness, and structure. Just the thought of missing a flight sends me into a tailspin. If I were to miss a flight due to my own poor planning, I’d see it as a personal failure. It would cause me an incredible amount of stress, lots of tears, and a sick feeling of dread in my belly. Overly dramatic? Maybe. But guess what? I’ve always made my flights. Bam!

So here comes my “proud wife moment“. . . On our ride to the airport, I didn’t mention how late we were. I made a concerted effort to step back from voicing my emotional distress on our ride to the airport. How was that going to help the situation anyway? I’m aware that my personality type is fueled by stress and impatience. I didn’t want to bring that vibe into our car ride, especially since we’d be apart the whole weekend (if he actually made his flight, of course).

Oh, my husband knew exactly what was happening beneath my deceptively calm exterior. We’ve been married nearly 12 years and he is well aware of my personality type because I usually let it dictate our family. I’m solidly entrenched as my family’s scheduler, organizer, and social planner — and I wouldn’t want it any other way.

I breathed deep through my anxiety.

I repeated, “Not my circus, not my monkeys,” in my head like a mantra the entire 18-mile drive.

I tried my hardest not to care about the time.

I’m afraid that I often let my Type A tendencies overpower my husband’s more relaxed Type B temperament, and that’s not fair. It’s not fair and it’s not kind. I’m often, “it’s my way or the highway,” because I think the way I do things is the right way. To me, being organized and structured is superior to being laid-back and spontaneous. Perhaps I’m this way because I was raised by two Type A parents. Perhaps it’s in my DNA. Whatever its source, I need to see beyond it to be a better wife.

I’m trying really hard to be more open-minded and concentrate on all of the great characteristics that go along with being Type B. I’m trying to train my brain to be less rigid and uptight, even though that’s what feels natural to me. It feels natural but not much fun, right? I’m sure my insistence on leading our family with my personality style has felt condescending to my husband at times. I know it has because we’ve discussed it before and it breaks my heart. I’ve never meant to make him feel “less than,” but I can see how it’s happened. 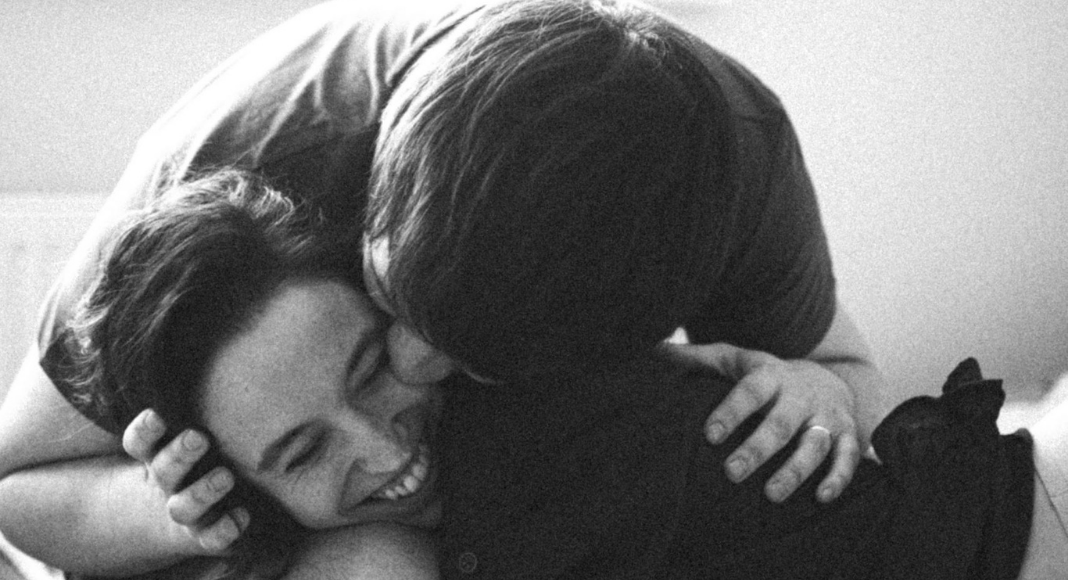 I love my husband for who he is and I appreciate that his easy-going attitude helps to calm me down. He’s never in a rush, which both drives me crazy and makes me envious that he prioritizes joy over a To-Do list. He’s often our sons’ preferred parent because he’s playful — while I’m the taskmaster. I wish I could be more like him: tolerant, even-tempered, lighthearted, and less prone to stress. It sounds like a happier life.

I know I’ll never be intrinsically Type B, but I can try to incorporate some of those qualities into my lifestyle out of respect and love for my husband. That’s what I was trying to do on our ride to the airport by attempting to relax. Choosing to say nothing and managing my anxiety versus ruminating aloud about us being late may sound like no big deal. To me, though, it was a huge victory. It felt unnatural, but good at the same time. I felt like a nicer, kinder person.

Putting that positive energy out into the world may have worked. My husband actually made his flight. And he’s such a nice guy that he didn’t even gloat about it. 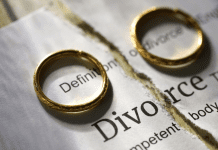 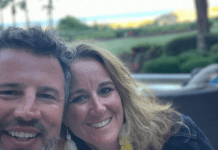 Eighteen Years and Counting (Tips from the Marriage Trenches) 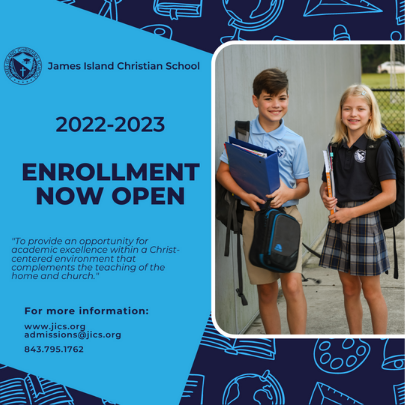