Isn’t it funny how hard we try to make things perfect? Heck, “Pinterest Perfect” is a thing for a reason. I definitely spend endless time on making situations and experiences perfect. In reality, those things don’t matter – it’s the love that counts.

Believe me, I am with all of you who get wrapped up in the perfect. And like (most of) you, I sometimes (…often) have Pinterest fails. Here’s one of my favorites – they’re pinwheel cookies I was attempting to make for a friend’s baby shower: 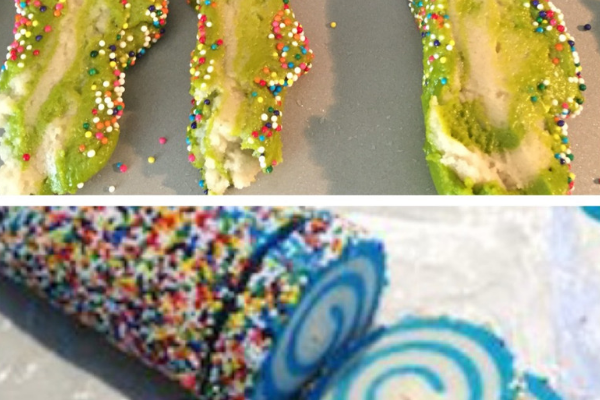 That was three years ago, and we STILL laugh about it. If those would’ve turned out perfect on the first try, we probably wouldn’t remember what kind of cookies we had. I don’t remember many of the other party details, but those awful baking attempts leading up to the party are cemented in my head. That’s imperfection perfection.

Don’t get me wrong, there are times when you really might want things to go perfectly, and those memories might stand out or be milestones – giving a big presentation, public speaking, etc., but in general, the time we spend on making things perfect are not the times that make the memory book.

The memory makers are the Pinterest Fails, the bumps in the road, and other things that don’t go “right.”

Looking back on life so far, almost all of the best memories are the “fails.”

On vacation one time, we were leaving a restaurant and I was hurrying to go to the bathroom before heading to the movies, and I peed ON my pants! That was so embarrassing when it happened, but it’s so funny looking back on it.

Same vacation…we were eating at this breakfast place and it was seriously one of the worst dining experiences ever, but now it’s hysterical. This place was seating people from different parties, at the same tables! They just sat there like it was a really bad first date. Then the staff was cleaning the ceiling fans (that were insanely dusty) during the breakfast rush. The ceilings were directly above the tables and the dust was going alllll over the tables.

On a road trip: The directions we had were impeccable until we got to one point and my husband and I disagreed on what to do next. We ended up yelling at the top of our lungs, got off of an exit, then started laughing hysterically. I don’t remember much of anything else about that trip (other than that nowhere in the one city had free refills on drinks – so strange for a tourist destination!), but the drive to get there was hysterical.

Getting lost with my family one time: When I was in middle school, my family took a vacation and got lost at one point. We stopped at this very strange place – it was like something out of a movie, everyone in the place was staring at us, and while it was not a themed restaurant, everything looked just like a scene from the 50’s – the clothes, the hair, the decor, everything. Except for the pay phone. The fact that there was a readily available pay phone should tell you how long ago this was. The pay phone ONLY accepted credit cards and had a digital display. It was seriously weird. That was way, way, way before using a debit/credit card was “a thing.” We were all trying to figure out how to use this bizarre, futuristic phone and the 50’s people continued to stare. We finally figured it out and were on the path to the destination and away from the weird establishment, and that memory was forever engrained in my head!

Many years ago at a job interview: I was told it was an in-person interview and the manager was told it was a phone interview. I got there, all ready for an interview, but they couldn’t find the person I was supposed to meet. For some reason, I felt like I should check my phone. Thankfully I did because I saw missed calls from the manager saying to call back if I got the message in the next few minutes. I let the receptionist know and we figured out what happened. I ended up having a very informal interview experience, but it ended up being pretty funny for all involved and I got that job. Who knows if I would’ve gotten that job if it weren’t for that mix-up. Maybe I would have been awful during the phone interview. Thankfully I had the chance to meet people in person, and under funny circumstances.

My daughter’s birthday last year: We had family and friends traveling into town for the party and we rented a place for the party. My friend had tons of party decorations from Amazon and presents for my daughter sent to my house, etc. Then the hurricane came and evacuations were ordered. All of the plans were canceled and we headed out of town. Meanwhile the decorations and presents were still being sent here, so we needed to start from scratch. But, it ended up working out really well – my daughter ended up having two parties in our hometown, getting the chance to meet people she only knew from FaceTime.

My daughter’s actual birth day: She arrived three months early because I had severe preeclampsia/borderline HELLP and she spent three months in the NICU. Even if I could go back and change history, I wouldn’t. Being a preemie and in the NICU is part of her story. She’ll always have that experience to look back on and show her what an incredible warrior she has been from the start. She’s a fighter and proved that from day one – months before she should’ve even made her debut.

Long story short – I really think things happen for a reason, and whenever possible, try not to sweat the small stuff. The Pinterest Fails are the fun and sometimes the mistakes are all just part of the bigger plan.

That said, while I love my Pinterest Fails, I finally conquered the swirl cookie. Now they’re my signature at parties! 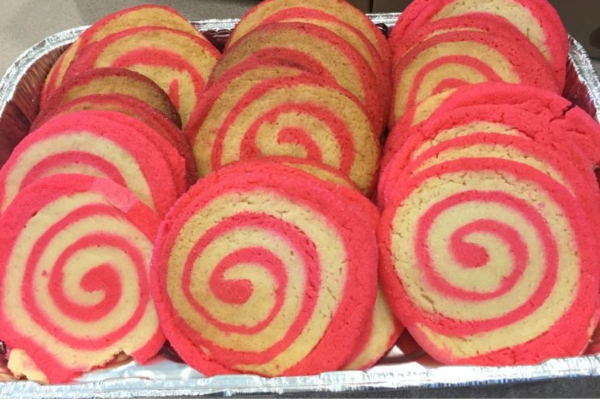 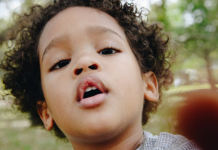 12 Things Parents of Kids with Autism Want You to Know 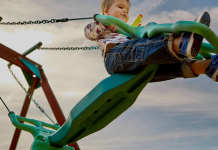 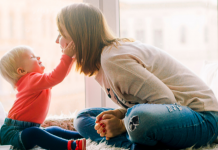 Counting Our Blessings While Quarantined 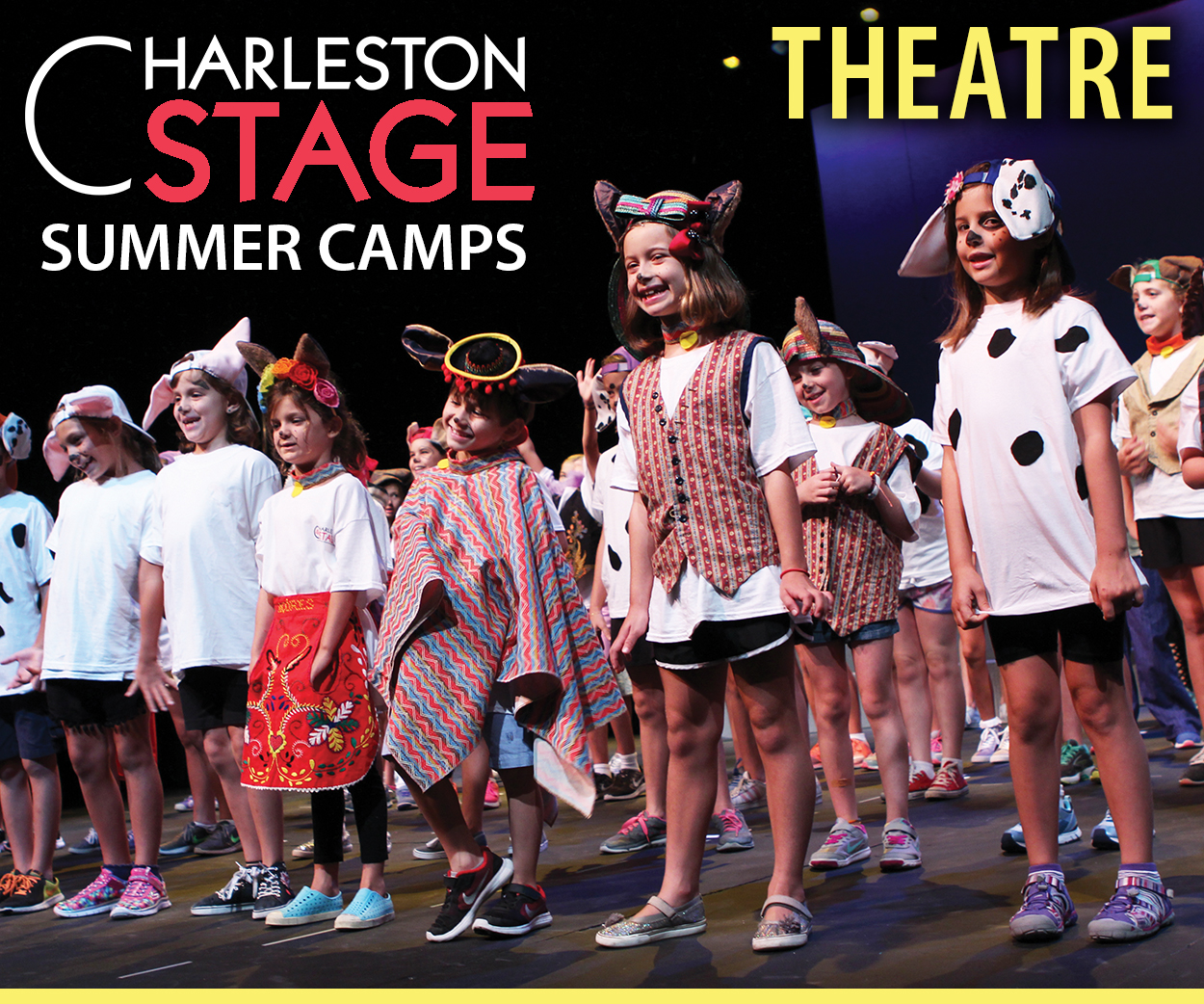 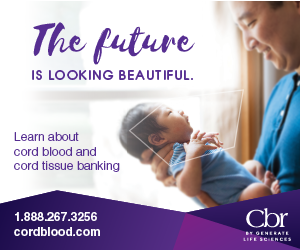 Story Time at Under the Almond Trees