Every now and then I see the smile. You know the one that you get from another parent when your kid is being good, I mean really good, and having a respectful conversation in public. My son will speak to everyone like they are family. From running up to Police Officers to give them high fives, to asking people why they have so many wrinkles on their faces. He is five and curious, so he doesn’t know social protocol. But I have tried to teach him to have respect for those around him, and when I see that smile of another parent who is impressed with how my son speaks to an adult, I feel like patting myself on the back. Then I think, why is this out of the norm? Every kid should be respectful.

Now, I’m not here to toot my own horn. As a matter of fact, I was so amazed by my friend, Deedra’s sons, that I knew I wanted my kids to act like them. Tate and Porter are young men that wowed me the first time I spoke to them. When most teenage kids rarely glance up from a phone to even look an adult in the eyes, these young men introduced themselves to me with a handshake and eye contact. I have spoken with them for hours and they are so fun and full of life, as well as being respectful and responsible. They were taught respect at a young age; respect for themselves, respect for others, and respect for authority.

I feel like our kids are being babysat, and even parented, by electronics. They are learning social skills off of the TV shows that we have never even seen, and then we wonder where the attitudes come from. A few years ago, my daughter started to whine incessantly and stomp her feet, acting totally out of her character. I wondered if she was picking up something from the other girls at school, because you know I can’t control them, but then I walked into the living room and heard the same whine coming from the TV. She was watching a new show that had just come out…and learning terrible things from it. I felt so distraught that I wasn’t paying enough attention to what she watched and allowed her to learn these actions in my very own living room. I mean, what kind of parent was I? We had a talk about respect and that show was removed from her watchable list. 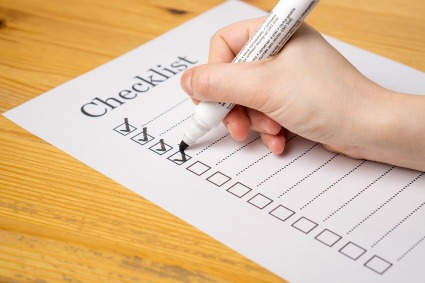 If we, all of us, are on our phones, tablets, or TV’s all the time, then when are we going to have the opportunity to teach our children about respect, hard work, and responsibility?  I have learned that when my kids are responsible for things around the house, then they have more pride in what they have done. Chores are done daily and good behavior is rewarded. At the same time, misbehavior is discussed and usually attitudes are adjusted with the minimum number of breakdowns (hopefully). We don’t want to teach our children to be robots, but we do want to teach them to be themselves and to be respectful at the same time.

Recently, as I was scrolling through social media, I saw this news report of a teacher in a small town in Texas. The same small town that I’m from. Hoping for some good news, I pressed play and started crying. Mr. Moffit is a wonderful teacher from Texas that has realized that respect and manners are no longer being taught at home, and decided to do something about it. I know that he is a wonderful teacher because he teaches my nephew, Landry, the one that says he used to be a bad kid. Mr. Moffit has helped these young men to be respectful and taught them self respect in the process.

This really resonated with me. A long time ago, I was taught that I was an example, but it was up to me to be a good one or a bad one. I want to be such a good example to by kids, to their friends, and to our community. I know that if I want my kids to learn respect, then I have to not only talk about it, but show it with how I live my life day in and day out. They might not always pick up on the nuances of social protocol, but they will always see me be respectful to those around me. 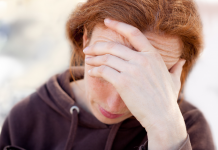 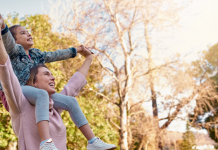