“Children are human beings to whom respect is due, superior to us by reason of their innocence and of the greater possibilities of their future…Let us treat them with all the kindness which we would wish to help to develop in them.”

This morning I was running around the house playfully chasing one of our dogs and saying silly things to her as I did. My 13-year-old daughter apparently thought I was being completely annoying. She was sitting on the couch with her nose buried in her phone (as usual) and said, “Mom, you know my friends all make fun of you because you act like that with the dogs.”

My first reaction was to be hurt and think, “Ouch.” That only lasted a beat though and then I realized that to be hurt by the thoughtless comments of a teenager is just silly. 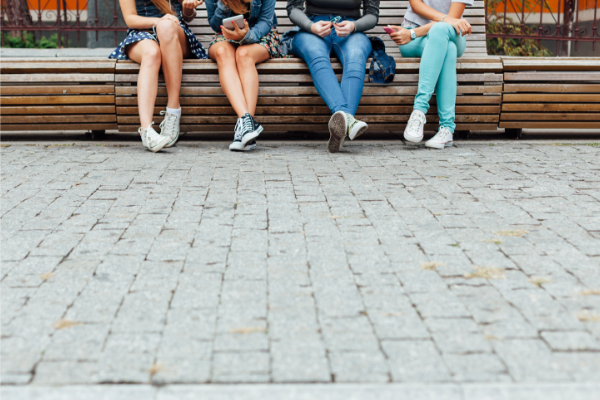 This is why I have to remind myself to not react with hurt and/or anger when one of my teens says or does something thoughtlessly. It is also why adolescent psychologists recommend using logical consequences instead of punishment in parenting teens. Now don’t get me wrong, I am not saying to let your teens get away with incorrect behavior! Logical consequences are still consequences. Where they differ from punishment is that teens learn from them instead of resenting them.

Logical consequences engage the kids in decision-making using reasoning. This not only allows them to learn from their mistakes, but it also helps the frontal cortex of the brain to rewire in a way that develops their reasoning skills. In other words, it helps them to grow up to be thoughtful adults. And that to me is a double-bonus!

My son is a freshman in high school this year. He was a stellar student all the way through middle school, so upon the advice of his guidance counselor, we enrolled him in AP classes in high school. The unknitting of his frontal cortex seems to have gone to an extreme during the summer between middle school and high school! He suddenly can’t seem to remember to turn assignments in and is complaining that his classes are too hard. You guessed it, his grades suffered. Sigh…

His father’s reaction was to get very angry and do a lot of yelling. My first reaction was to be frustrated and disappointed and to lay a guilt trip on my son. Neither of these reactions are logical consequences. And of course, they did nothing to improve our son’s ability to remember to turn his assignments in. Thankfully we got our heads on straight and came up with a plan that includes logical consequences:

First: The video gaming not only came out of his room, but we are monitoring it and limiting it. (We didn’t have to do that before because he was getting good grades and is a really nice, polite kid – lucky us!) We also completely take it away if grades suffer because of lack of studying or not turning in assignments.

But, we did not do this in anger. We explained to him that video-gaming is a privilege we grant him and that it is a privilege we can take away if he is not living up to his responsibilities. We also explained that because he is choosing to play games instead of doing his homework, he cannot play until the homework is done. But, that it is up to him to choose when he does his homework. If he needs to chill-out after school before doing homework, that is fine. He just cannot play video games. Thus, he is empowered to choose when to do his homework,  but within the boundary of no video-gaming.

Honestly, if you saw his reaction to this you would have thought we were sending him to the torture chamber! Sheesh! But, when he did eventually allow us to help him AND he saw his grades going up AND he realized that it’s actually kind of entertaining to have us help him, he came around and embraced this practice.

I know it’s not easy.

I know the above example is kind of a softball. I know that our teens can make decisions that have far more severe natural consequences – e.g. getting suspended from school for vaping! But, I assure you that logical consequences can be used even in these more severe circumstances.

How did I handle the snide remark from my daughter I mentioned earlier? I grinned, pumped my fist in the air, and said, “YES! I have achieved my goal of embarrassing teenagers just by being me!” And then I went upstairs laughing. I’m sure she was rolling her eyes and shaking her head!