Growing up, I remember the questions were always…

“Where were you when Kennedy died?”,

“…Apollo landed on the Moon?”

Listening to the tales, I always wondered what my ‘where were you’ story would be.

September 11 gave me that story.

I was a sophomore in high school and it was a Tuesday. It was an unusual Tuesday because it was a half-day, so classes were short and not much was going on. I remember sitting in my honors biology class as it was wrapping up and hearing some mumblings about something going on in New York City. My teacher turned on the TV and the class watched in utter horror as we tried to decipher what was going on.

Once class ended, we quickly exited into the massive crowd of people, all talking about what was going on in New York. I kept hearing things like ‘plane crash’, ‘building on fire’, but still not able to put two and two together. Once I got into my next class though, everything clicked.

As reality finally started to sink in, I began to grow increasingly upset as I remembered my grandparents were supposed to be coming back from England on the Queen Mary that day (turns out they were coming to port the next day). We were released from school even earlier than we were supposed to be and for the rest of the day, I sat in front of the TV, watching the craziness.

Even though I didn’t live in New York City at the time, I felt, and still feel, personally violated. People intending to do damage came into my ‘home’ and did just that. But what my parents made sure to instill in myself and my brothers is love and compassion. I never looked at those of Arab descent, or those wearing a hijab or a turban any differently. I never shied away from being friends with those who are different from myself in race, religion, or political beliefs. Instead, I will take those values given to me by my parents and continue to pay it forward in my actions and in my own children.

Fast forward and now I have my daughter, Audrey. Now I have my own “where were you when…” story in which I will try to explain how you could meet someone at their gate when they were getting off their airplane and that you didn’t have to circle the airport parking lot. I have the ability to teach her about exploring people’s differences and how that makes them special. I want to teach her to see race, but to behold the beauty and wisdom that it has to offer. I need to teach her that listening, and not yelling, that agreeing to disagree, is not a sign of weakness. Nor that you have given up your position, but that you respect the opposition.

When I say that I felt like I was living a dream, I think that would be a huge understatement. I think back on September 11th and still can’t be sure it happened, until I see pictures of the New York City skyline and see the missing pieces. It is such a low time in our short history. We cannot forget the tragedy and the horror of the day, but we must also not forget the good that was done. Those who risked their lives by running into the collapsing buildings (both first responders and civilians), the love and support that was shown throughout the country. I can’t wait to plan a trip to NYC specifically to see the 9/11 memorial and stand in awe of the silence, respect, love, and determination that this memorial portrays.

We will never forget, and we must not ever forget 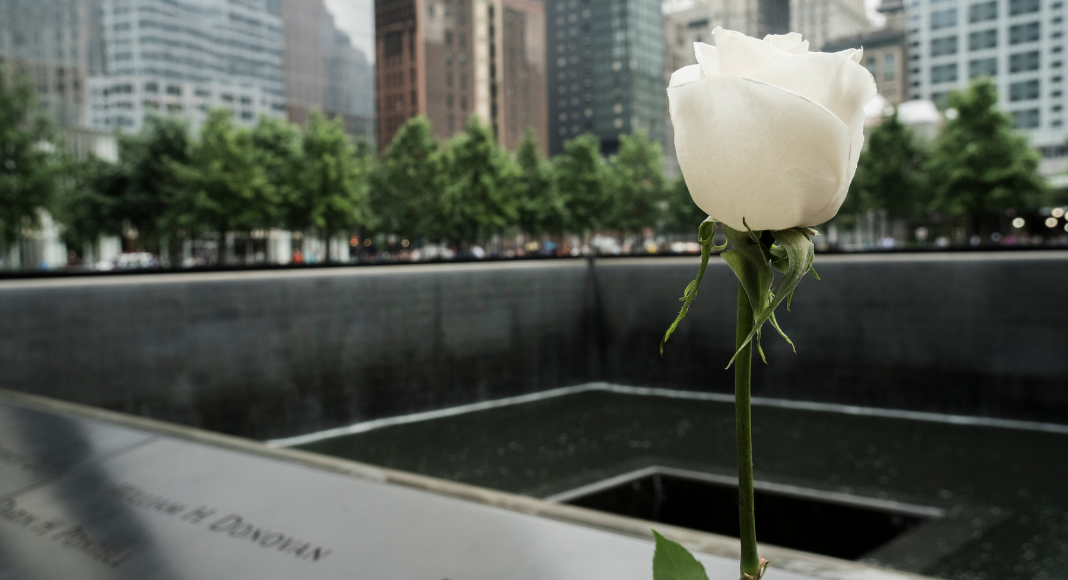