We bought a phone for our six-year-old and four-year-old. But not just any phone. A rotary phone.

And it was the best idea we’ve had in a long time. 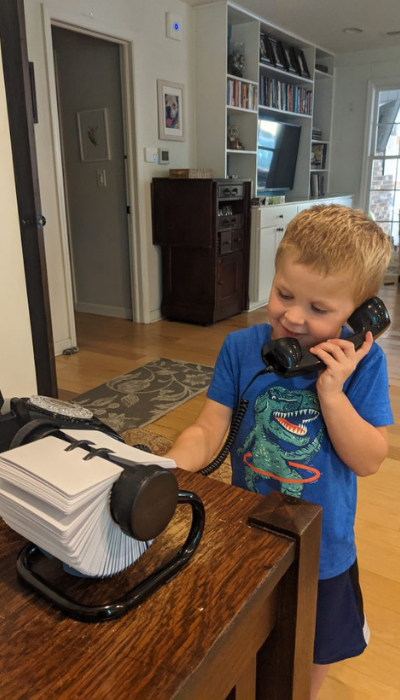 Before I get too far into this, I do have to give credit where credit is due. This was all my husband’s idea. I was totally skeptical of it at first because he wanted to buy our boys a rotary phone. Do I really even need to say more? Also, where do you even buy one? (Amazon of course). And also, WHY? I clearly had a lot of questions. What came of this though was a sense of independence, a way to connect with their friends and family that live across the country (and down the street), and a chance to learn the lost art of actually talking on the phone.

The other day during my morning walk around the block with my dog, I passed two fifth-graders waiting for the bus. Heads down, scrolling through their phones. I bet these kids have never said one word to each other. And oh yeah, it was 7:30 am and they already had their eyeballs glued to their screens. It was so sad!

Remember calling up your friend’s house and talking to an adult and asking if your friend could play? I truly don’t think there are kids that do that anymore. It’s depressing. Think about yourself too! I know the majority of us hate to talk on the phone – hate to receive a voicemail. But why? Watching my kids connect with their friends and family this way reminds me that it’s something I should do more of too.

Our family lives in Minnesota and while we try to Facetime whenever we can, our kids are just not good at it. They get so distracted by looking at themselves on the screen (and wanting to put dog filters on their face) that they barely say two sentences to their loved ones. However, one day we gave them the phone to actually put up to their ear and my six-year-old paced around the room, having a long conversation with his grandma.

This was where my husband’s idea came in.

He thought it would be fun to get them their own phone, with no internet, no screen, that they could use whenever they want to call the people that they love. And oh yeah, he got them a Rolodex and wrote all of the important phone numbers in it. They can now look up their Auntie Becca’s phone number and make the call totally themselves. They call their friend’s parents and ask if their friend is home. They are learning how to hold conversations, ask questions and listen for answers. They are practicing their number recognition and number sequencing. They are learning to be brave, speak clearly, take turns and make choices for themselves.

Not only are our boys loving calling their friends, but their friends are loving it too! It is absolutely the cutest thing to listen to two four-year-olds chit-chat on the phone. And listening to them leave a voicemail? It’s too much! When their phone rings, we all get excited! Checking their messages becomes a daily activity we all look forward to. 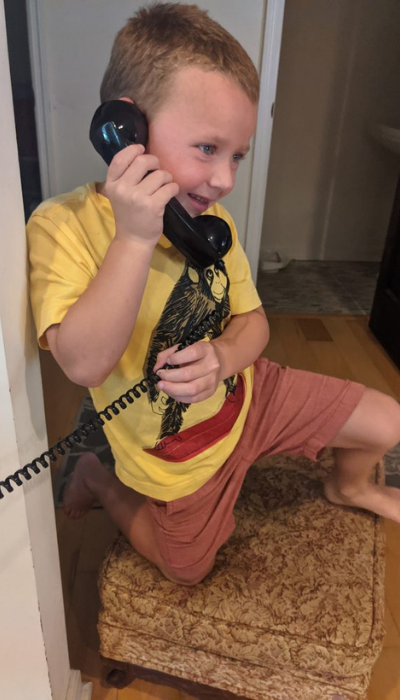 I’m not saying that you need to buy your kids a rotary phone. But maybe? I think there are some serious life lessons to learn and people to connect with, by allowing kids the freedom to use a good old-fashioned telephone. 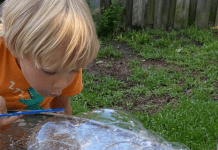 Is Creativity Just for Kids? 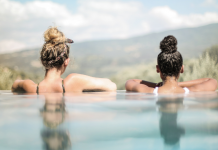 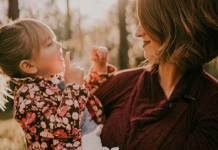 My Kids Aren’t Stealing My Life From Me, I’m Giving It to Them

Jenna Arsenault - November 29, 2021 0
Happy Holidays, Charleston Moms! There are so many wonderful holiday events happening right now! Festivals, parades, and tree lightings, in nearly every part of the...